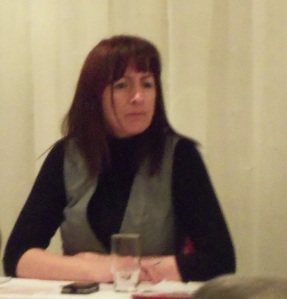 United Left Alliance TD, Clare Daly told irishsmokefill that she intends to re-enter plans to legislate on the ‘x case’, this week.

She is moving the plan following the tragic death of a pregnant woman early in November.

Deputy Daly previously put forward a private members bill in April 2012, alongside colleagues, Joan Collins and Mick Wallace, and it was rejected then by 109 votes to 20.  Twenty years ago, the Supreme Court ruled that a woman should be allowed an abortion in Ireland in the event of a mother’s life being in danger. However this was never followed up by government legislation.

“If the government don’t act in the next week or two, we’ll push the button ourselves,” said the ULA politician.  “Opinion is shifting now, and the last time we brought up the private members bill, Labour said they would support it, but were waiting for the expert group to come back.  Some Fine Gaelers spoke against it, and some are now reconsidering it.  I think it’s necessary to have this.”

Fianna Fail abstained in the April vote and Sinn Fein voted with it.

The Dublin North TD said that there is too much uncertainty, and that there has to be legal protection.

“I hope the government will act, but I’m not hopeful that they will, so the onus will be on ordinary citizens, who have been outraged on this, to keep up the pressure,” said Deputy Daly.

Also, Sinn Fein is putting forward a Private Members bill, calling for legislation on the x case.  Voting is expected on Wednesday night, 21/11/2012.